This profile of Idan Raichel is the seventh entry in our new Artist Profile series, intended to introduce each contributing musician featured on the Wan Fambul/One Family benefit album. This compilation is available for a donation, with all proceeds going to the groundbreaking grassroots peacebuilding efforts of Fambul Tok in Sierra Leone.  Take a look at last Thursday’s post on Vusi Mahlasela, and be sure to keep an eye out for our next post, Vieux Farka Touré! 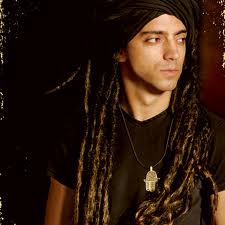 Idan Raichel is broadly recognized as one of the most innovative and popular musicians in Israel today.  He was recently voted Israel’s Musician of the Decade in polls conducted by Israeli news media.  In 2002, his group, The Idan Raichel Project burst onto Israel’s music scene, changing the face of Israeli popular music and offering a message of love and tolerance that resonated strongly in a region of the world where headlines are too often dominated by conflict.  With an enchanting blend of African, Latin American, Caribbean and Middle Eastern sounds coupled with sophisticated production techniques and a spectacular live show, the Idan Raichel Project has become one of the most unexpected success stories in Israeli music history.

The Project has collaborated with over one hundred artists ranging from Colombian singer Marta Gómez, silken-voiced Somi of Rwandan and Ugandan descent and Cape Verdean diva Mayra Andrade.   Idan has toured Europe, Asia, the United States, Australia, South Africa and Latin America.  In 2006, his concert in Addis Abba, Ethiopia marked the first time an Israeli artist performed in Ethiopia and the first time two of The Projects lead singers were able to return to the land of their birth. “Black Over White,” a documentary film by Tomer Heymann, captures the events leading up to the concert and highlights the racism in Israel faced by some African immigrants.  Idan explains: “It makes great headlines to talk about racism in Israel or the clash between black and white…But you really need to go a lot deeper than that to understand the problems. Racism is a completely human reaction when you lack knowledge. Those who teach racism are bad people, but not those who don’t have sufficient education to understand what they are hearing.”

Idan’s highly collaborative music is inspired by the belief that lasting peace in the Middle East “will not be reached by signing a peace treaty between our great leaders and their great leaders.  Ultimately, it will be achieved through knowing people from other countries as neighbors – because a neighbor is not your enemy.”  To achieve this sense of community, Idan explains, “Children in Israel should learn about Palestinian poetry and Syrian music in school.”

Idan points out that the political environment in the Middle East changes extremely quickly, but when asked about what the most important issue Israelis are dealing with in the summer of 2011, Idan states: “we need to look across borders and appreciate the brave people that are willing to create democracies in countries such as Syria and Egypt – and to support them in any way possible.  At the end of the day all people just want to live in peace, dignity and prosperity.”

He feels music can be a successful tool in helping to unify divisions, citing the West-Eastern Divan Orchestra lead by conductor Daniel Barenboim as an example.  In December 2010, Idan performed at the Nobel Peace Prize concert in Oslo, Norway.

“What most people know about Israel is from news” and Idan invites people “to come to Israel and see it with their own eyes.”

Later this year he will release an album with popular singer India.Arie called Open Door, and he is at work on an album with Malian guitarist Vieux Farka Touré.

To learn more about Vusi Mahlasela, visit his webpage.