This profile of Vieux Farka Touré is the eighth entry in our new Artist Profile series, intended to introduce each contributing musician featured on the Wan Fambul/One Family benefit album. This compilation is available for a donation, with all proceeds going to the groundbreaking grassroots peacebuilding efforts of Fambul Tok in Sierra Leone.  Take a look at Tuesday’s post on Idan Raichel, and be sure to keep an eye out for our next post, Bhi Bhiman! 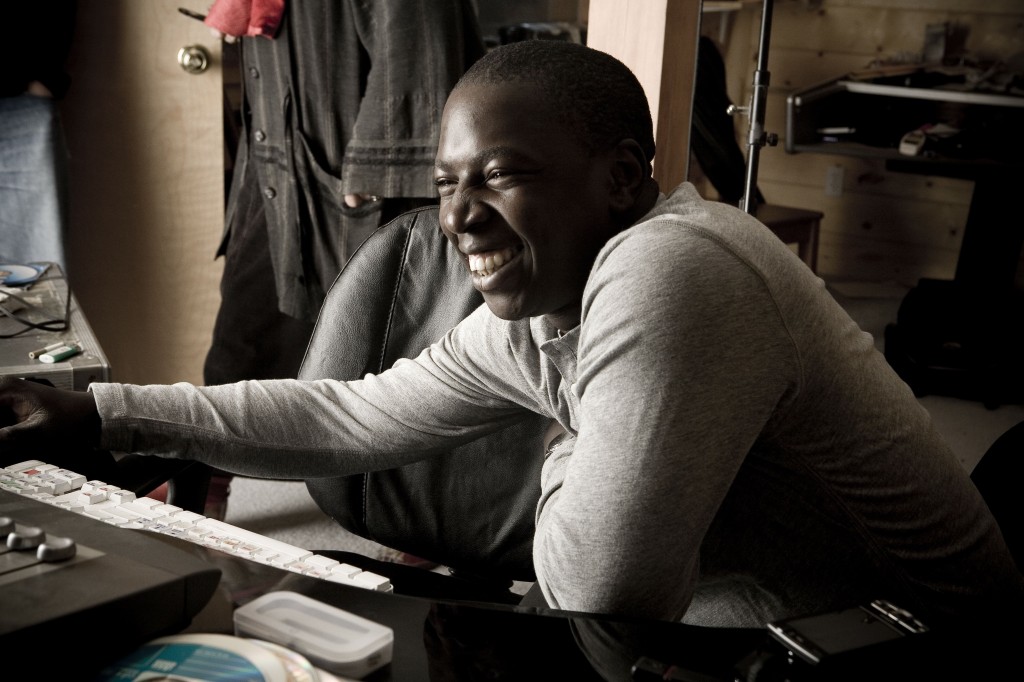 Since releasing his debut album in 2006, Malian guitarist/singer Vieux Farka Toure has been one of the fastest rising stars in African music.  The son of the legendary, Ali Farka Toure, Vieux has built upon the sound of his father’s “Saharan Blues.”  Despite multiple world tours – including a performance before a televised audience of over one billion at the 2010 World Cup in South Africa – Vieux has not forgotten his roots and has been a constant champion of African humanitarian causes.

Malaria prevention has always been one of the most pressing issues to Vieux and he launched his own “Fight Malaria Campaign.”  The campaign’s launch coincided with the release of his debut album and his first United States tour, which was billed as the “Fight Malaria Tour.”  The “Fight Malaria Campaign” donates money (through album and t-shirt sales) toward the import and distribution of insecticide treated mosquito nets to pregnant women and to children in the Niafunke region of Mali where Vieux was born.

In 2010, Vieux contributed music to the 25th anniversary re-release of “We Are The World: United Support of Artists for Africa (USA for Africa)” album that also included music by Michael Franti & Spearhead, Aurelio Martinez with Youssou N’Dour, Angelique Kidjo, Lila Downs and Sierra Leone’s Refugee All Stars.

For most of Vieux’s life, Mali has been a peaceful country, but resistance movements (people fighting for freedom from the government) frequently emerge in the North of Mali where his family lives. Vieux explains: “I think that this makes people in Mali aware that peace is precious and that we must work to protect it.  It is rare and beautiful and not something we should take for granted.  We are very lucky in Mali to have peace at this moment and we must always be vigilant to defend it.”

Vieux believes music can be a powerful tool for helping to heal the fractions in society caused by political conflicts: “Since music is a universal language, it can be the first thing that bridges gaps between cultures that may not agree about other things.  For example, the music of Tinariwen, and other groups in the North of Mali, has made a strong impact in the relationship between the Tuaregs and the other ethnic groups.”

To learn more about Vieux, visit his webpage.