The Paramount Chief elect for Galliness chiefdom,Pujehun district has called on her supporters to embrace peace and work with other community members for the development of the chiefdom

She said elections are now over and has been declared winner but some people want to derail development aspirations and continue to undermine her. 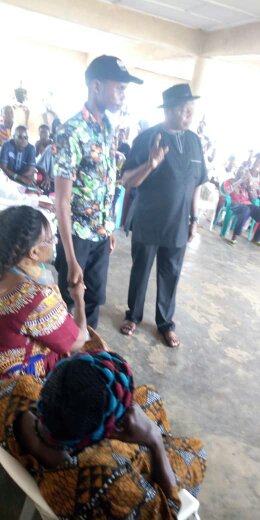 She called on indigenes to put political indifference aside as her developmental plans remain apolitical and in the interest of her chiefdom .

“If anyone irrespective of whether you supported me during my campaign causes any problem,I will not hesitate to allow the law to deal with the individual” She stressed,adding we are all one family now.

Her blood brother whom she contested with,Siaka Massaquio got a standing ovation when he openly embraced,PC Massaquoi and declared his support throughout her rule

“We were fighting for one goal to become Paramount Chief from the same ruling house but that does not mean someone has to die in the process”He said,adding now she has won and in my view I did not loss but won too.

All the section chiefs in the chiefdom threw their unwavering support behind the new chief for the development of the chiefdom.

He said any instability will affect not only Galliness but the entire district in particular and Sierra Leone as a whole. 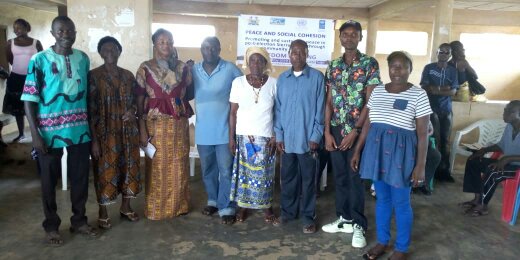 The PC and her former contestants embraced in the spirit of peace and social cohesion.Prayers were also offered to cleanse communities of any evil things and to bring good luck to the chiefdom.

To monitor the peace proper a Chiefdom Inclusive Committee has been been set up.

Solomon Yarjoh is the Communications Director for the Fambul Tok program in Sierra Leone.
View all posts by Solomon Yarjoh →
This entry was posted in Pujehun District and tagged peace and social cohesion in Galliness chiefdom. Bookmark the permalink.