Capacity building to improve formal and non-formal institutions in Sierra Leone and other parts of the World is very vital to development aspirations. Since the inception of Peace Mothers, about ten years ago starting from Kailahun to other Fambul Tok’s operational areas, it has paid dividend to almost all communities as they help to mediate minor conflicts, detect issues that may destabilize them and think otherwise to reconcile people and communities. 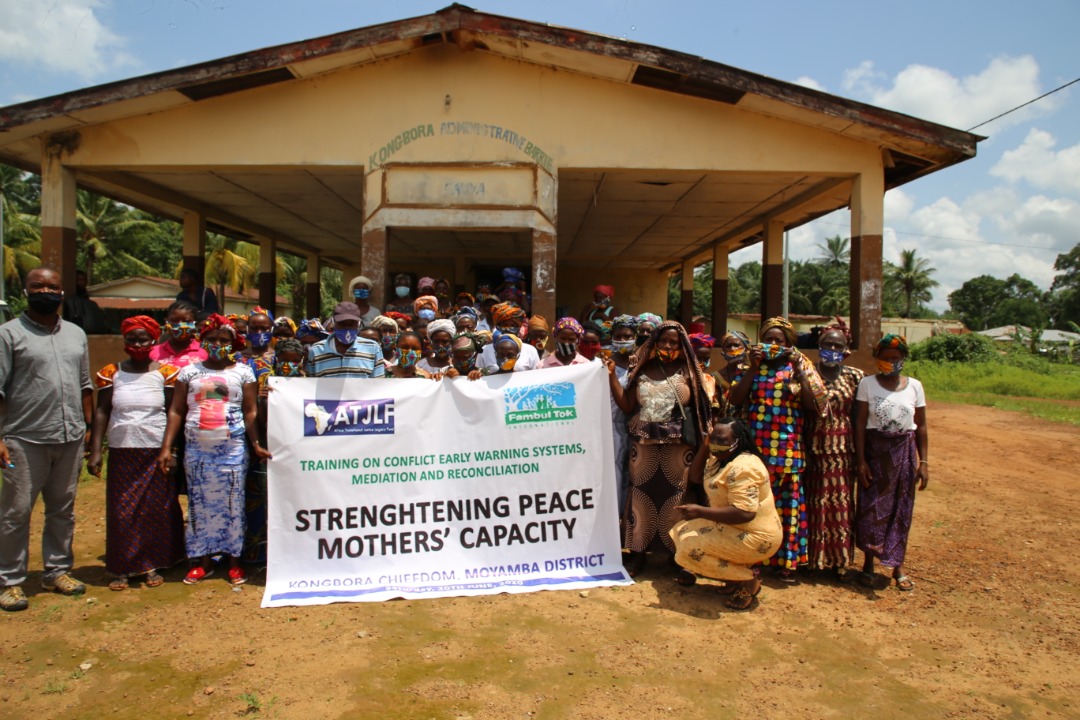 Facilitating leadership and competence building through training sessions for local Peace Mothers platform in conflict early warning identification as well as refresher training for local peace initiatives in mediation to strengthen their knowledge and resources while securing their access and ability to take part in consolidating peace processes. Promoting and facilitating mediation through dialogue activities and truth telling among conflict parties at grassroots level, will enable conflict transformation and sustainable peace using traditional approaches involving respected community members/ leaders. It will also provide necessary support for the empowerment of traditional peacemakers to re-establish non-violent forms of conflict resolution at community level.

A decade now since its establishment in the country, Peace Mothers continue to play active roles in their different communities to help salvage matters that may be impossible to keep people apart. Irrespective of the numerous role in pursuing activities, there are challenges they continue to face which have urged Fambul Tok, with support from African Transitional Justice Legacy Fund to step in and strengthen women in both Fakunya and Kongbora chiefdoms in the South of the country. 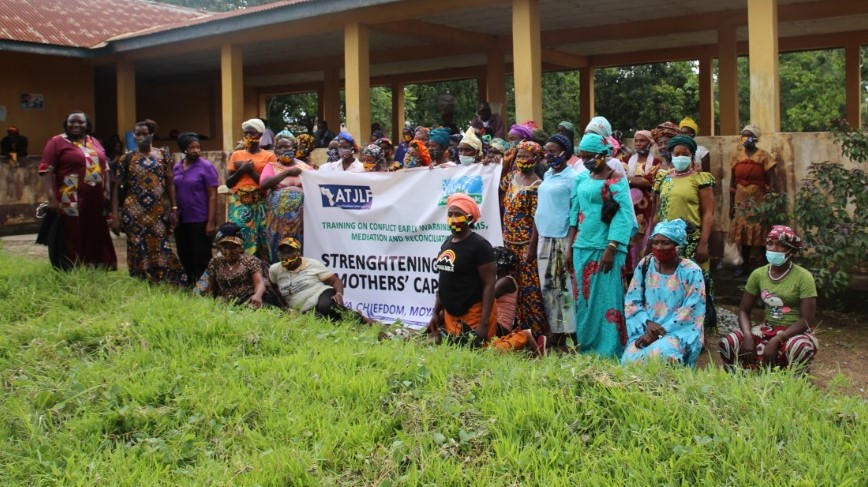 Fakunya women embraces facilitators at the end of Training in Gandorhun

Training session started off in Gandorhun town chiefdom headquarter town, a 7km road to Moyamba district town on June 19,2020.A total of sixty(60) Peace Mothers from all 11 sections in the chiefdom were present to learn from facilitators different topics including early warning signs ,mediation and reconciliation.

A staff of Fambul Tok in Kabala, Umu Hawa Conteh introduced dignitaries, including Lead Trainer, Mamusu Massaquio, who had varied experiences in conflict resolution, peace building and reconciliation. Communications Manager, Abdul Rashid and Media representative from the Ministry of Planning and Economic Development, James Samba was part of the team. The Moyamba team was led by Solomon Yarjoh, followed by Joseph Benjie, Sadiatu Pessima and Mary Bundu.

In her statement, Madam Conteh said it is not possible to have peace without active participation of community members, adding that without peace there is no development and unity in any gathering. She said the objective of training Peace Mothers in those two chiefdoms was to strengthen capacity of women as they work in their various communities. She added that Fambul Tok has over 200 Peace Mothers and choosing from Fakunya and Kongbora chiefdoms must have emanated from issues that had to do with conflicts and other specifications.

Lead Trainer, Mamusu Massaquoi took the podium and introduced topics that women may benefit from during the session. She said rural women should be involved  in conflict resolution, mediation and reconciliation especially in post-election era so that they can also contribute to bring peace and help raise development priorities.

She asked whether women understand conflict and if there are policies in the chiefdom to protect women, youth and children. It was a big surprise to answer and when finally it was announced almost all said it does not exist any more. Madam Massaquoi said chiefdoms should make policies to protect indigenes especially in the fight against things that may affect lives.

The trainer emphasized on how to resolve minor conflicts, how to mediate and reconcile in  most simplified ways. She said mediation is the best policy to engage varied parties that rely on  serious conflict which has no way to resolve issues.

As the session continued , Peace Mothers contributed immensely to topics that will contribute to conflict resolution, mediation and reconciliation. They expressed appreciation to Fambul Tok and ATJLF for providing such opportunities to women in that part of the country. They also suggested that training opportunities in future should include micro-credit gestures, financial support to women groups in small scale businesses and adult literacy for Peace Mothers.

The Peace Mothers were divided into 4 groups for role plays on things they have learnt from facilitators. Before the exercise went on Solomon Yarjoh made a quick display  on mediation to help guide participants as they went into groups.

Group I dealt with conflict resolution and brought important things women should embark on in dealing with the topic. Some of the things they suggested include, level of interventions through constant engagement, siting positions, neutrality, confidentiality etc

Group 2:Early warning signs was dealt with on closure of public market places to avert Covid 19.  A appropriate and timely intervention providing accurate and timely information was role played

Group 3:Mediation role play was seen as the most valued enterprise as participants emphasized that conflicting parties should remain silent while actions were going on. Neutrality was seen as key to mediation processes

Group 4: Dealtwith community reconciliation. It touched on land dispute but participants investigated and went to the scene of crime, knowing fully well the background of the conflict

Feedback on the training process was proudly accepted by all participants from the chiefdom. More facilitations are expected to be done in the whole district.

The following day, Fambul Tok District staff led the team to Bauya town in the Kongbora chiefdom to continue the training process.

Chiefdom Speaker, Solomon Samu Kangaju welcomed participants and opened the forum for the exercise to kick off. He said women in his chiefdom continue to play active roles in minimizing crimes and other forms of violence in the whole chiefdom. He urged participants to listen and share whatever they acquired to their communities.

Umu Hawa Conteh started off by asking participants to identify conflicts. Participants actively intervened and gave examples of conflicts in their various communities and how they have managed to handle issues. She introduced Fambul Tok’s staff and the team from Freetown. She encouraged Peace Mothers to be steadfast in various activities and to help avert problems in their communities, including the use of face to face methods of resolving issues.

Trainer Mamusu Massaquoi took the floor and said women are great pillars of development in communities. She encouraged them not to be put behind the scenes as it used to be,  but to be involved in active engagements to resolve conflicts in the chiefdom. She said women are vulnerable but very powerful when fully engaged in most community services. She explained the qualities of good mediators such as honesty, being a good role models  and serve as pillars of strengthen.

The Bauya session was interactive as Peace Mothers from all ten sections participated.

Before the women were divided into four groups various topics like conflict resolution, mediation, early warning signs and reconciliation were flagged.

The Peace Mothers were divided into groups:

Group 1: Dealt with conflict resolution and settled marital problems. They  were also advised to always use agreement to resolve issues

Group 2:A role play was staged to mediate between sisters on a piece of land. They were told an agreement must be sort to settle matters easily. They were told as mediators they must not be one sided and should use multiple approaches when mediation wants to fail

Group 3:Reconciliation was used as essentials to development. They were told they should  listen attentatively before attempting to embark on peace building efforts