The people of Peje West chiefdom in Kailahun district last Thursday,February 11,2021 unanimously accepted and validated their chiefdom plan. The event took place in Bunumbu,headquarter town of the chiefdom.

The validation process was to review documents of all 34 villages in the five sections that were collated on activities they had proposed in the People’s Planning Process for Peje West. 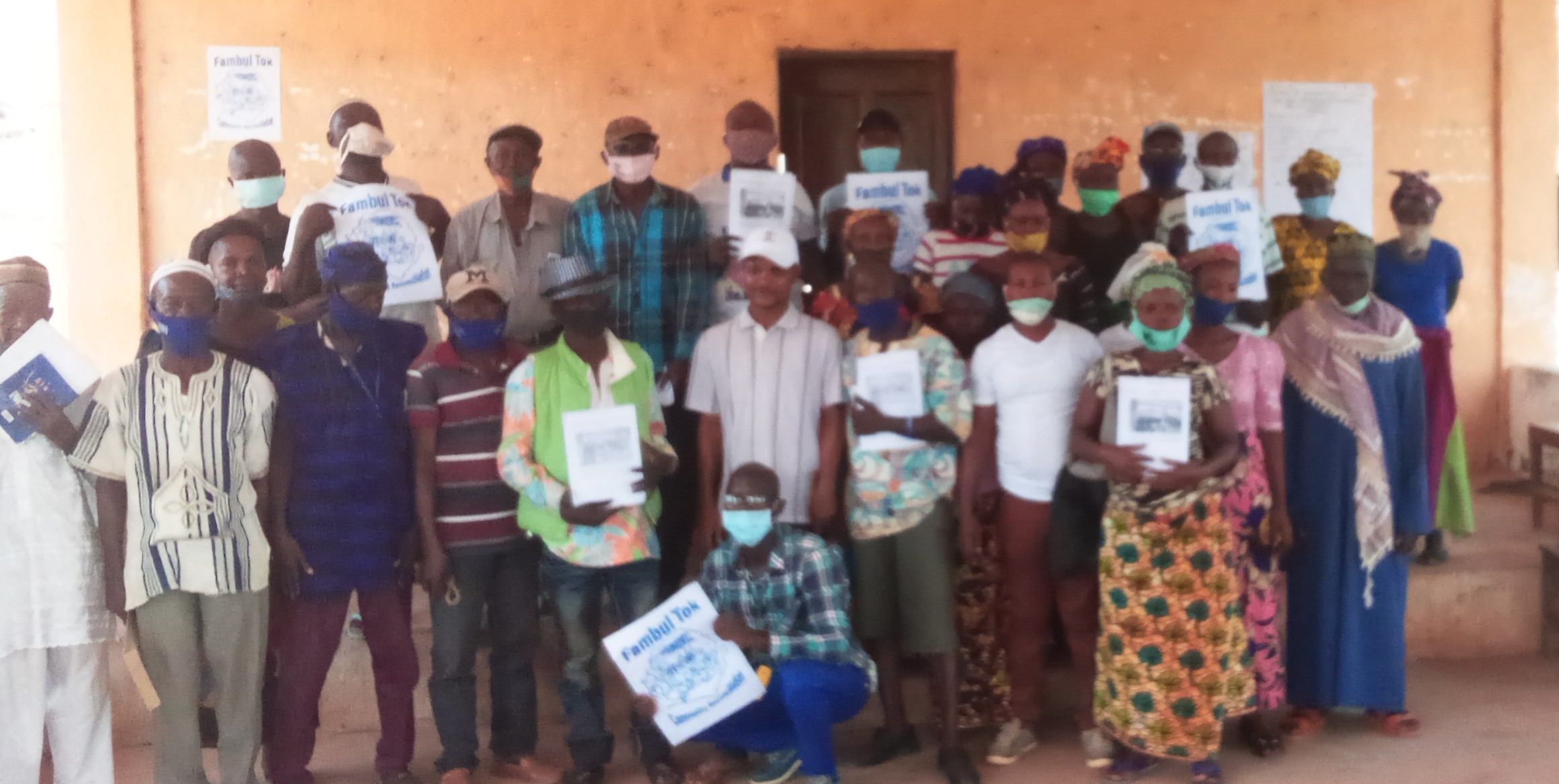 In his welcome address, chief Morie Musa who represented Paramount Chief and other chiefdom stakeholders said they are very pleased for such meeting.He said in the absence of other dignitaries, participants from all sections would always work with Fambul Tok to realize peace and development in the chiefdom

Program Officer, Fambul Tok International-Sierra Leone, Solomon Yarjoh said the review of  the documents is not new and it gives an opportunity to indigenes in the sections to closely look at what they have earlier put together to adjust or confirm activities.He said the PPP was initiated because of the experiences faced by communities after declaration of the war.He said a lot of opportunities were provided to help poor communities but most did not benefit because they were not fully involved in the planning and implementation stages.

He said the PPP is people’s centred as it is inclusive of everyone in villages,sections and chiefdom levels

He emphasized that it is important because participants would have their say as the final plan belongs to the people. He explained that the plan would be handed over to Local Council for active collaboration with communities

One of the mediators,Martha Bocakarie explained that the role of mediators could not be thrown under the carpet.She said had it not been the intervention of mediators in the chiefdom,there would have been a lot of problems.

Participants from all five sections were divided into groups to review the plan.Adjustments and corrections were made which were captured in the final plan.The plan was unanimously accepted with thunderous applause.

At the end of the day, elections were conducted for the Chiefdom Inclusive Committee of Peje West.The CIC is co-chaired by PC Shamsu Mustapha to be assisted by Chiefdom Speaker.

Secretary General was won by Morie Mustapha.The position of Financial Secretary was won by Alpha Swaray,Treasurer is Feima Lahai.Public Relations Officers are Amie Moinina and Allieu Saffa,CIC Advisor is William Ellie and the auditor ship went to Martha Bockarie.

The first meeting of the Chiefdom Inclusive Committee will take place on February 27,2021 in Bunumbu.

Solomon Yarjoh is the Communications Director for the Fambul Tok program in Sierra Leone.
View all posts by Solomon Yarjoh →
This entry was posted in Kailahun District and tagged Endorsement of Peje West plan. Bookmark the permalink.