“We intend to support our children”…Peace Mothers 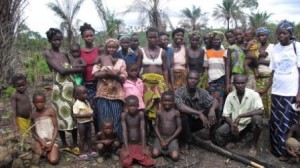 Women’s groups (called Peace Mothers) in various sections in Koinadugu district have decided to use the profits from their work to assist their communities’ children, especially to support them attending schools. This determination is a way of contributing in their own little way to their communities.

Speaking to the chairlady of  Fambul Tok Peace Mothers in Kaponpoh section in Wara Wara Bafodia chiefdom, a Peace Mother noted the group has decided  to share the profit accrued from the sale of their groundnuts so that they would help school going children.

“We have divided the yields into two; we have reserved some seeds for planting in the dry season and we will sell the rest to support our children,” Ms.Kamara disclosed.

In Sakuta and Kakoya villages in the Wara Wara Bafodia chiefdom, Peace Mothers agreed to support their children and others that are finding it very difficult to pay school fees.

According to Esther Conteh who chairs the Peace Mothers in Kakoya section, the initiative for women to work together is a welcome idea. Apart from Peace Mothers’ activities and the community farm, the women have formed small groups of 20 to help each other with their individual farms. They said work is now easier than before because what one woman used to do in her individual farm in a month could now be done in a day.

“This is the first time in the history of this community for women to work as one. We are 40, and we help each and every member with our individual farms,” the chairlady stated.

In Heremakono section, Chairlady Mbalia Koroma was quick to point out the development the community has embarked on in just a year after Fambul Tok was introduced. She said Heremakono section was one of the deprived areas as organizations did not consider them.

“Many organizations came here but we did not see any development because we were not together but since Fambul Tok came here we now work with one accord,” Koroma said.

She continued,”The first organization that visited us immediately after our traditional ceremony was ‘Future in our hands’, and we are doing fine.”

Koroma disclosed that the Peace Mothers harvested their groundnut farm and proceeds were share as revolving loans.

“We gave each member some groundnut to be refunded with a little interest so that we could sell and help our children before school reopens,” Koroma said.

Other Peace Mothers also expressed determination to help those that are unable to support their children.

It could be recalled that last year, Motonkoh community in Ribbi chiefdom, Moyamba district, supported three villages with seed rice as  a way of  community assistance.

Solomon Yarjoh is the Communications Director for the Fambul Tok program in Sierra Leone.
View all posts by Solomon Yarjoh →
This entry was posted in From the Ground: Program Updates from Sierra Leone, Koinadugu District and tagged Fambul Tok, Peace Mothers. Bookmark the permalink.