The Minister of Local Government and Rural Development,Tamba Lamina has requested politicians especially those that contested for positions in various political parties  in 2018 elections to organize a one-day peace forum to embrace one another in the interest of peace,social cohesion and development of Kono District. 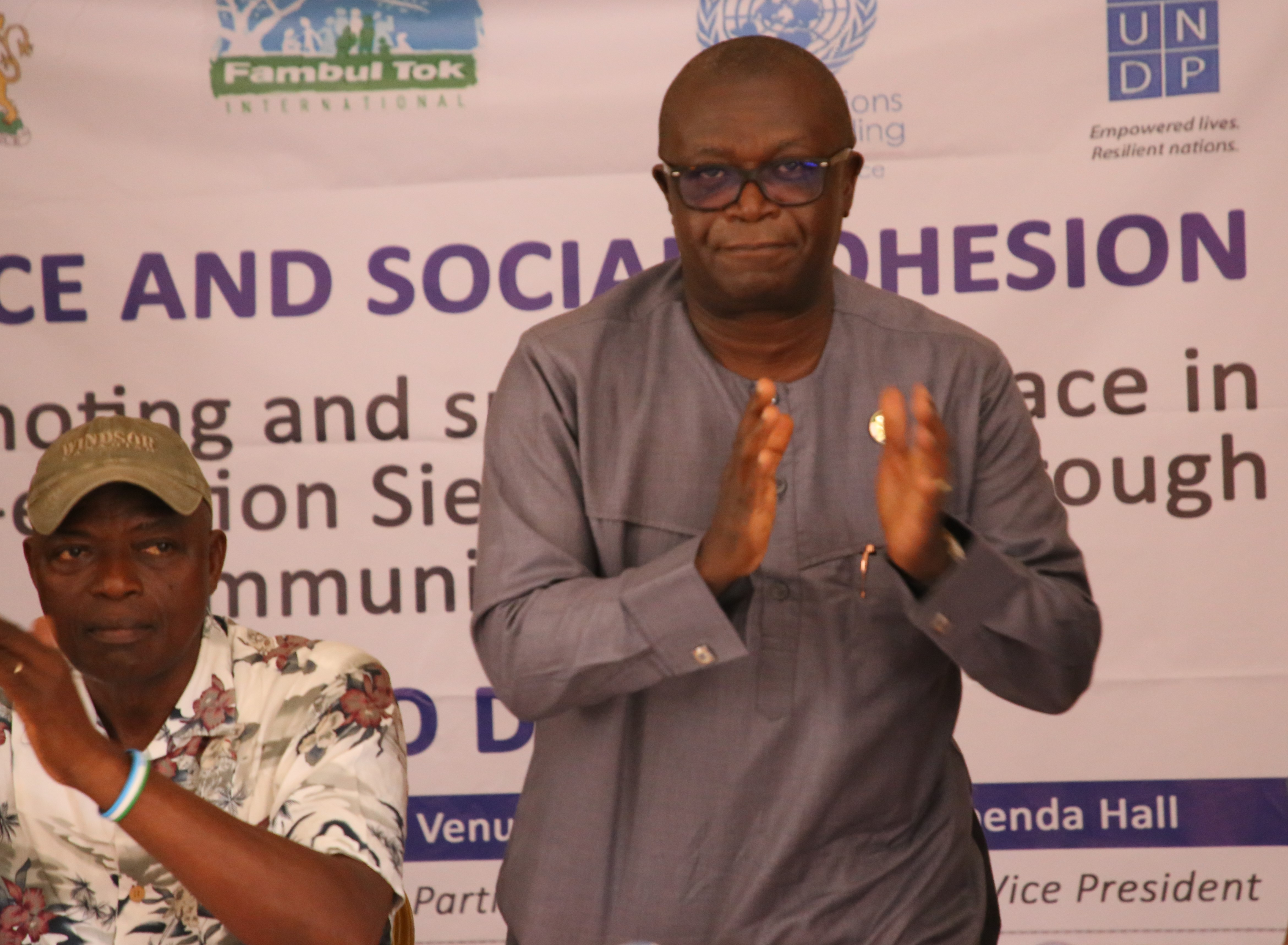 He was addressing a peace and social cohesion dialogue session for stakeholders at the Sahr Musa Sessie Gbenda hall last Thursday,September 19,2018 in Koidu city.The session was facilitated by Fambul Tok International-Sierra Leone in collaboration with the Office of the Vice President of the Republic of Sierra Leone with support from UNDP.

Addressing the audience,he said elections are over but there are issues that need to be addressed,adding that the dialogue was timely especially at a time when the district is faced with many problems.

Minister Lamina requested Fambul Tok to take the lead in ensuring training lead community members  and peace Ambassadors in every chiefdom in Kono so that they will embark on peace building. He extended gratitude to the Office of Vice President and held UNDP in high esteem for supporting post elections activities in the country but also suggested to cascade the process to every chiefdom,section and villages.

Executive Director,Fambul Tok International-Sierra Leone,John Caulker illustrated the ‘broken cup’ which has many cracks.He referred to the cracks as problems in communities that if not healed will lead to underdevelopment and other causes.

He gave a brief background of the People’s Planning Process,an initiative developed by Fambul Tok and Catalyst for Peace for organizations to involve communities in the post ebola recovery priorities.

‘We saw what happened to the post war resources ‘he said,adding we don’t want a repeat of wastage because communities were not involved and that is why we brought this idea immediately after the ebola scourge. 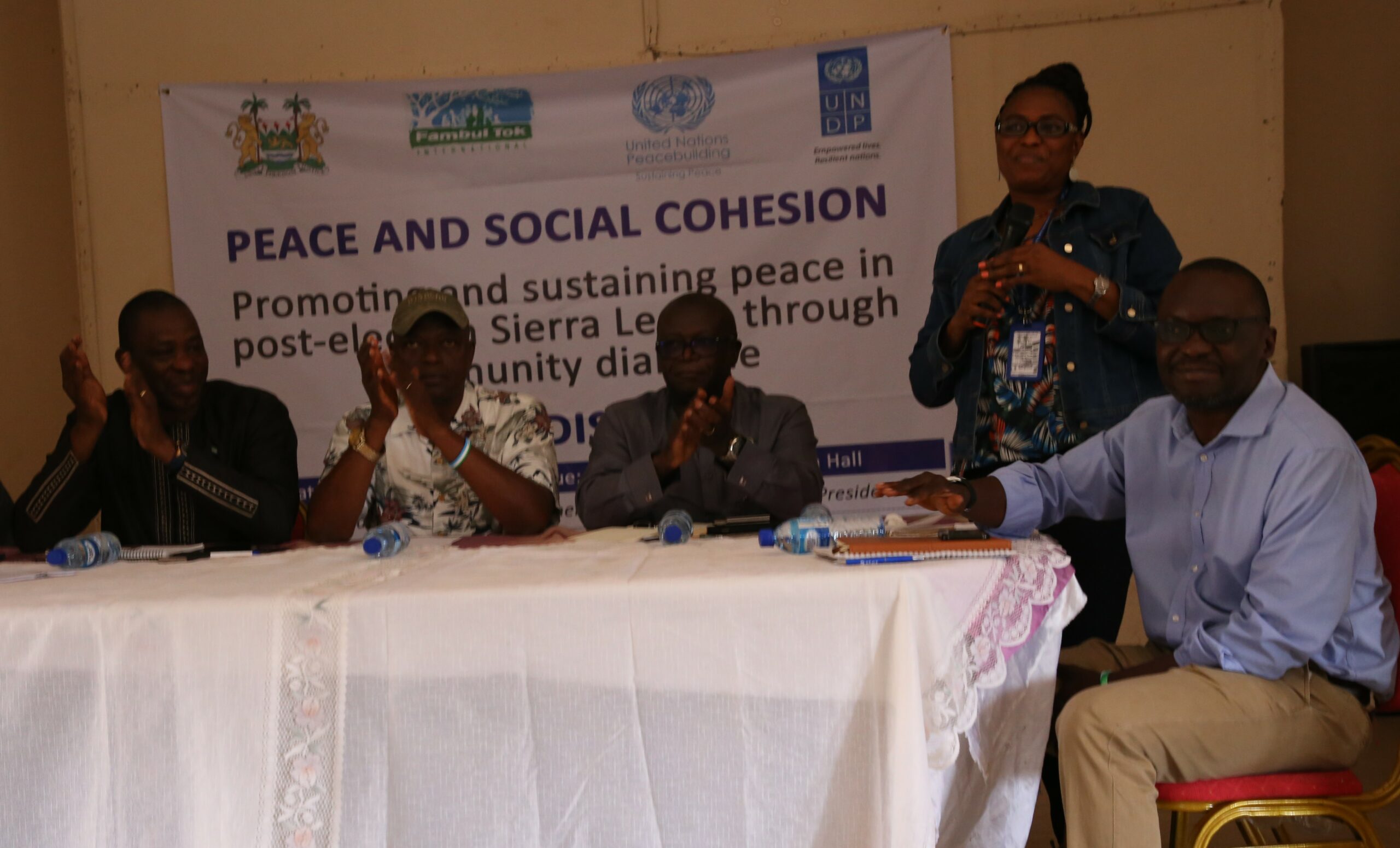 Mrs.Victoria Sandy from Office of Vice President speaks on the importance of social cohesion at the occasion

The Executive Director explained that the the session for Kono was aimed at promoting peace and social cohesion in that part of the country.

Stakeholders including Paramount Chiefs highlighted several problems and preferred solutions to them.

Solomon Yarjoh is the Communications Director for the Fambul Tok program in Sierra Leone.
View all posts by Solomon Yarjoh →
This entry was posted in From the Ground: Program Updates from Sierra Leone, Kono District and tagged peace and social cohesion session in Kono. Bookmark the permalink.