In his welcome address on Saturday,August 18,2018 at a one day dialogue session in Kabala,organized by the Inclusive District Committee in collaboration with the National Framework for Inclusive Governance and Local Development,host Paramount Chief of Wara Wara Yagala,Kondowullay Gbawuru Mansaray  111,said the dialogue was timely as there are lots of issues to be addressed in the post election era 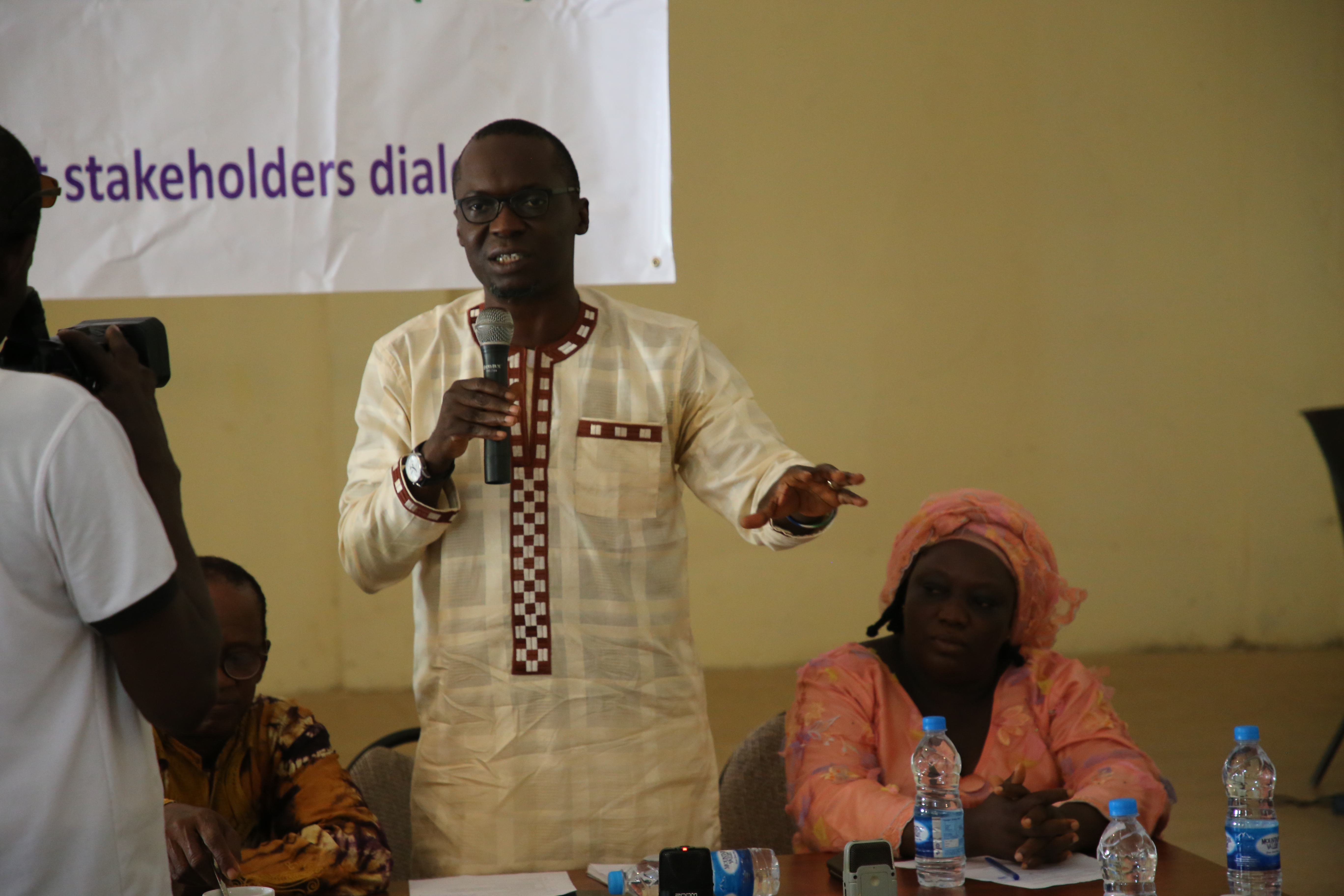 “We were expecting such meeting as elections are now over and all of us should work together for inclusive governance”Chief Mansaray emphasized.He said it has been very difficult for traditional leaders to work with District Council to collect revenue because they were not working together”

The new chairman of Koinadugu District Council,Alex Sorie Conteh referred to the dialogue as a blessing in disguise,adding that if they are not united it will be very difficult for communities to grow

“The primary objective of this meeting is to promote cohesion,peace and unity and a robust revenue mobilization”he said,adding the peace that will attract development to our district is solely our responsibility.Our development should be shouldered by us and blamed on us if we fail to our people 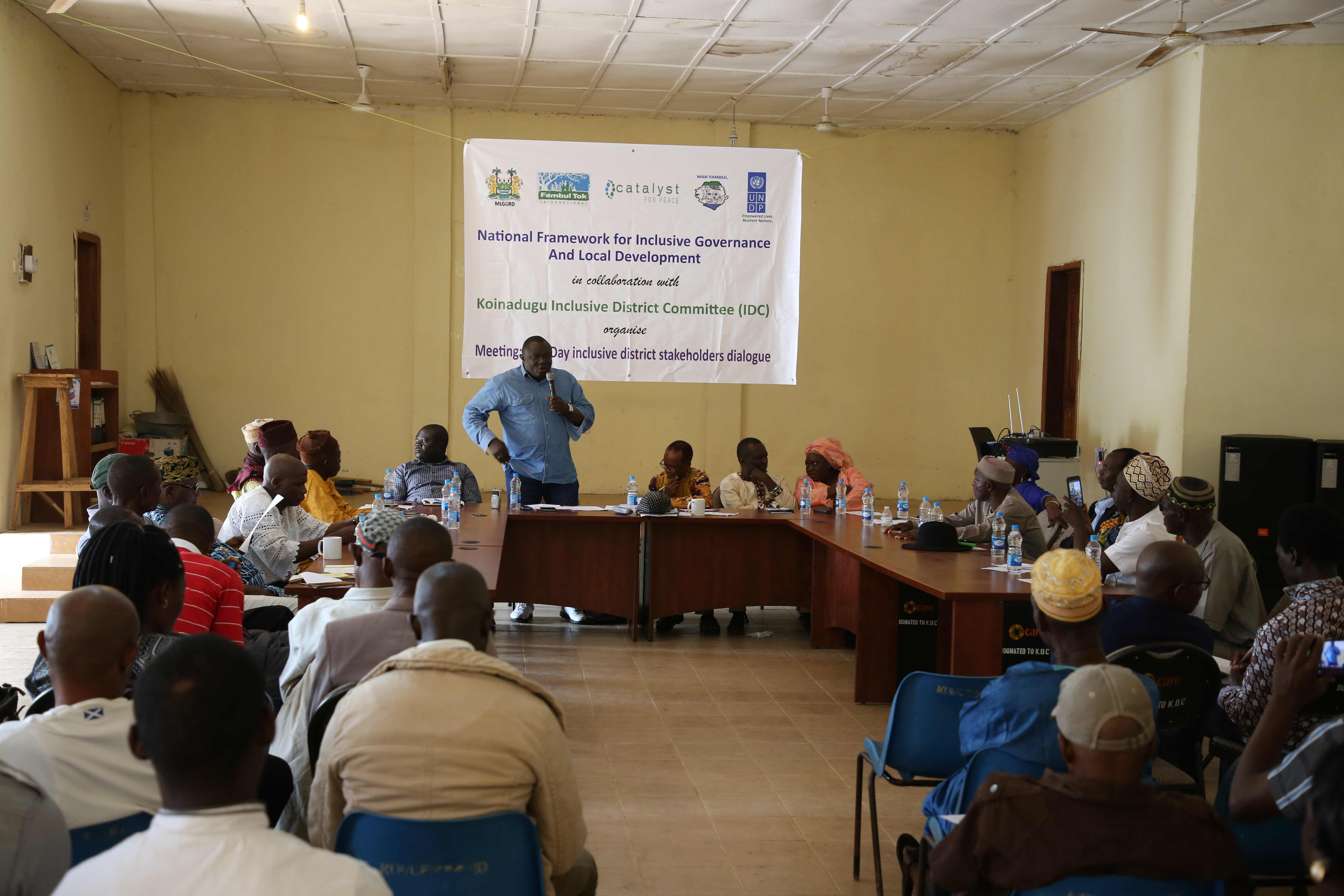 The audience at the event

Executive Director,Fambul Tok International-Sierra Leone,John Caulker said the whole idea of the dialogue is to create space for stakeholders to discuss pertinent issues affecting the district

Caulker said” There are lots of potentials in the district but if activities remain uncoordinated you will not realise anything,therefore part of the meeting will give you an opportunity on how to resolve issues and work towards joint revenue mobilization

He disclosed that President Bio,in his commitment to national cohesion promised in Parliament,the setting up of an Independent National Peace and Cohesion commission which will be charged with the responsibility of restoring peace and calm in communities especially those that were affected during the election era.He mentioned UNDP’s project which aimed at promoting peace in then  hot spot  election conflict areas within the next three months.

District Officer,Koinadugu,Ajina Mansaray in his remarks lamented over political atmosphere in the district.He said there are lots of issues including tribe supremacy,boundary and land which need to be addressed.

At the end of the dialogue,it was resolved to restructure the Inclusive Committee to make it more effective which was done last week