Posted on September 1, 2016 by Solomon Yarjoh

The Kailahun Inclusive District and Peace and Development Committee(IDPDC) in its first meeting has resolved to organize a one day stakeholders’s meeting at the end of the month to settle numerous challenges and the way forward for the development of the District. 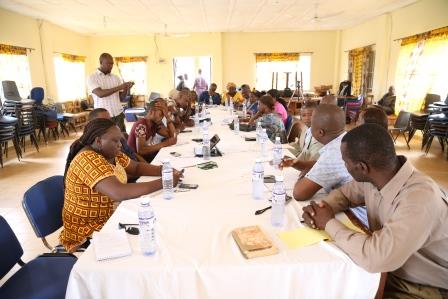 One of the major challenges in the district is the growing tension among Paramount Chiefs and the Kailahun District Council which has been existence for a very long time now.

There were instances when traditional leaders were accused of not paying chiefdom and other charges to the District Council for the fact that Council,for the past four years has not brought any development to their communities. 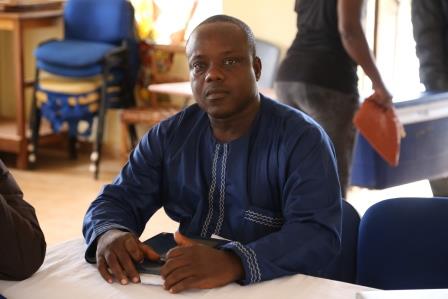 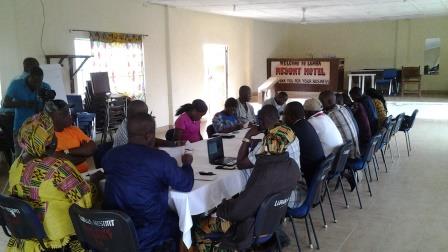 Equally so,the District Council is blaming traditonal leaders of not paying revenue collected from their various chiefdoms. These allegations and counter allegations continue  resorting to sour relationships and backwardness of the entire district

According to Hon. Sahr Fatorma,chairman of IDPDC,he says ‘we should work very hard to bridge the gap between chiefs and council for the development of the district’.Hon. Fatorma emphasized that peace is important and if there are no good working relationships  among stakeholders it will difficult for the progress of the district.

He went on to state that because of these problems,Kailahun remains under-develop and called on all to hands on deck to work in the interest of communities. 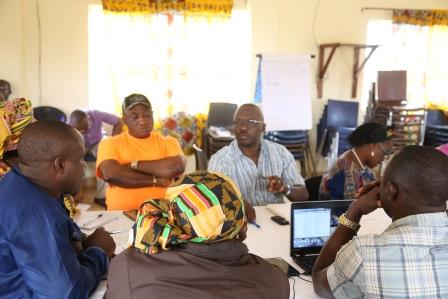 Hon.Fatorma assured all and sundry that irrespective of the problems, he is optimistic that after the meeting in Pendembu, Kailahun will go back to the glorious days as everyone will be brought on board.

The Executive Director,Fambul Tok,John Caulker gave an overview of the formation of district committees in Moyamba,Kailahun and Koinadugu. He said it is a framework to address district problems and highlight successes.He added that communities should take the lead in development process.He mentioned activities  carried out by  committees in their various districts.

Sharing her experience with the Kailahun committee,Hawa Conteh, a member of the Koinadugu District Committee highlighted  successes such as resolving road construction and that of chieftaincy in the district.She said through the intervention of IDPDC members the suspended chiefdom speaker of Sulima chiefdom was reinstated.She also mentioned the setting up of a whatsapp group for effective communication purposes.She promised to share what she observed in the Kailahun meeting.

The Development and Planning Officer of the Moyamba District Council who is also Secretary to Moyamba IDPDC mentioned successes. Alhaji Ansumana explained the amicable settlement of the Moyamba road construction saga which nearly brought the exercise to a standstill.He said with the intervention of the committee the company has agreed to employ people from Moyamba district and consented to build the camp site in Tonkolili district because of technical reasons.

He was very confident as he disclosed the recovery of stolen solar batteries in Moyamba through the efforts of committee members and other stakeholders.

Having shared experiences,Hon. Fatorma appreciated both members of IDPDC in Moyamba and Koinadugu districts,stating that Kailahun Committee members have learnt a lot and promised to  come to speed in terms of resolving issues.

As a proactive measure,the Kailahun IDPDC has set up a sub-committee to intervene in the recent suspension of two chiefs.

Solomon Yarjoh is the Communications Director for the Fambul Tok program in Sierra Leone.
View all posts by Solomon Yarjoh →
This entry was posted in From the Ground: Program Updates from Sierra Leone, Kailahun District and tagged IDPDC executive meeting in Kailahun. Bookmark the permalink.