The Chairman, Alex Bhonapha, of the Kailahun District Council has emphasized that Fambul Tok International—Sierra Leone should take the onus to go beyond reconciliation in post conflict Sierra Leone and elsewhere.

Chairman Bhonapha addressed Paramount chiefs, councilors, Fambul Tok Peace Mothers and local authorities in a one-day meeting organized by Fambul Tok on how to empower women to be part and parcel of the local governance structure. “Fambul Tok has done much and continues to do more especially bringing communities together to work on development projects,” he said. And one of the things recommended by the Truth and Reconciliation Commission was “a need to go beyond conflict resolution.” He added that after the folding up of the Commission, Fambul Tok became the sole organization working toward community reconciliation. The chairman stated that Fambul Tok needs to expand its programs nationwide, noting that other communities are eager to reconcile but the space has not yet been created. 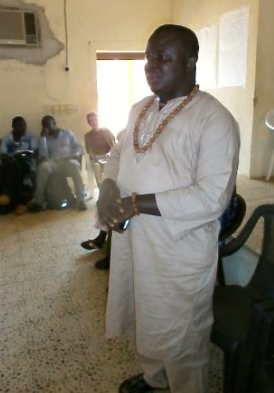 He briefly explained the local governance structure, stating that the local council is sub-national, responsible for governance at grassroots level. While it is supported by the central government, the council is charged with the responsibility to source more funding through taxation, levied charges on housing, stalls, and the like.

Chairman Bhonapha said women play very important roles towards governance and stressed that there is a need for women to be involved in governance.
During the meeting, Fambul Tok Peace Mothers stated that they are not always briefed on council’s activities even though they have elected councilors and ward committee members. Most councilors agreed on the issue of needing to do more outreach and said it is due to the fact that they don’t have enough funding to call together meetings. 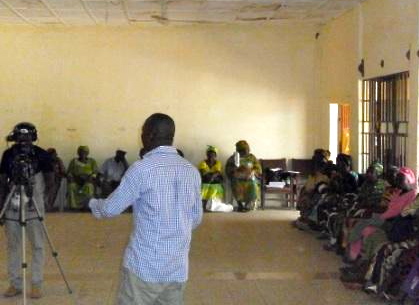 The Executive Director of Fambul Tok International—Sierra Leone, John Caulker, in his statement, said that the way forward after the meeting in Kailahun was to find ways for women to engage council members to hear them and meet their needs. He said most things are centralized, adding that Fambul Tok would work with council to facilitate some outreach, especially for registration of customary marriage and the provision of resource materials at the sectional level.

At the end of the meeting, local authorities and councilors agreed to reach out and include Peace Mothers in not only the decision-making processes but also as part and parcel of the development drive in the district.