The role of Peace Mothers since its establishment fourteen years ago has been tremendous in Fambul Tok operational districts in the country. Peace Mothers group was initiated due to the fact that women ,especially those that faced difficulties during the war were posing questions to Fambul Tok as to what could be done to salvage their situation.

Fambul Tok was bold to tell them that it did not have money to give anyone but will work with women so that they would work together to achieve their goals.

After the launching of the group in 2010, over 200 peace mothers groups have been formed in various sections in the country. The women have been working together to develop their communities.

In 2021, even though peace mothers are working together, there is need to create another level to link with other structures in the chiefdoms. 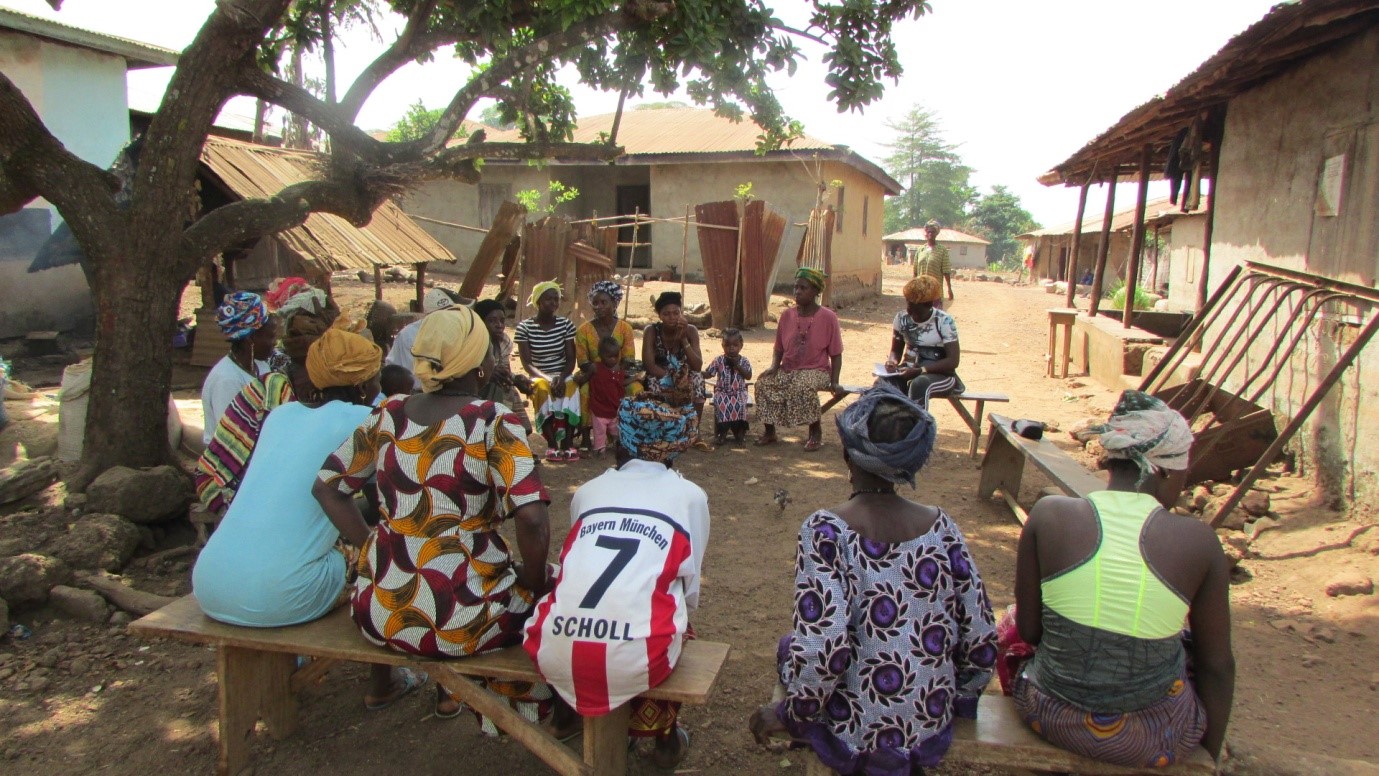 One of the  chiefdom  executive  formation sessions in Kasunko, Koinadugu District

In February this year, peace mothers in the various chiefdoms have started forming chiefdom level platforms to link with other structures in the chiefdoms and districts.

In Kailahun district, the formation was held in Koindu town, Kissi Teng and brought together peace mothers from all five sections in the chiefdom. They explained what they have been doing over the years and said the establishment of the chiefdom level executive was timely, as it would create a link with other platforms in the districts.

Kasunko chiefdom also organized its own formation in Fadugu town. Women and other invited guests from different sections graced the occasion past Wednesday.

In Moyamba district, Kongbora chiefdom peace mothers converged  at Bauya town and spoke on successes women continue to get for the past years.

The peace mothers had chiefdom level executives and formation exercises continue in other chiefdoms through out the month of February.

Solomon Yarjoh is the Communications Director for the Fambul Tok program in Sierra Leone.
View all posts by Solomon Yarjoh →
This entry was posted in In the News, Peace Mothers and tagged Formation of Chiefdom Peace Mothers Platform. Bookmark the permalink.